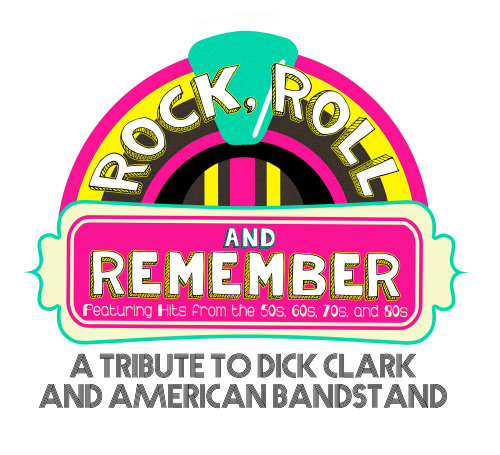 What:  Rock Roll & Remember: a Tribute to Dick Clark and American Bandstand is a world premiere musical revue featuring pop favorites from the 1950s, 1960s, 1970s, and 1980s.

Just some of the songs featured are:

Blue Suede Shoes, Rock Around The Clock, Baby Love, I Heard It Through the Grapevine, I’m A Believer, California Dreamin’, Lean On Me, Boogie Fever, ABC, Bohemian Rhapsody, Eye of the Tiger, We Built This City, I Wanna Dance With Somebody, Thriller and much more.

Who: Produced by Portland Musical Theater Company. Created and directed by Deanna Maio.

Seeking: Baritones, Basses and Tenors. Ages 16+. Cast members must know how to read music (and be able to learn their part from sheet music.)

We’re looking for singers that can move/dance a little with great stage presence. Experience singing with hand-held microphones a plus.

With “Suspension of Disbelief” (great costumes, makeup etc.) you must be able to “play” 16-30 years old.  After all you’ll be playing a teen or young adult dancing and on American Bandstand. You do not need to be in that age range.

When: Auditions are by appointment only.

Callbacks, if needed, will be by appointment.

After scheduling you’ll be sent an email confirmation with details about the audition. Make sure to check your spam/junk folder.

No accompanist will be provided.

Rehearsals:  Rehearsals begin in February 2016. They will be held at 2240 SE Hawthorne Blvd. Portland, OR 97214. You will be called to rehearsal 2-4 times per week. Rehearsals will be scheduled around your conflicts.

Rehearsals will be scheduled during these time frames (but not for the entire time) and around your conflicts.

You will not be called to every rehearsal. There will be no Sunday rehearsals except tech week.

Performances: Rock Roll & Remember: a Tribute to Dick Clark and American Bandstand will be performed at the Mister Theater at 18th and East Burnside, Portland, OR 97214

Performances start on April 28 and the run closes on May 21. Performances are on Friday and Saturday evenings at 7:30 PM with some Saturday and Sunday matinees.

Note: Portland Musical Theater Company is a community theater company and offers a $200 stipend (with a possible bonus) and complimentary tickets to its cast members. Portland Musical Theater Company is committed to objective casting, and does not consider factors of race, gender or ethnicity in casting except when such factors are required by playwrights.